After helping out and supporting my mom as best as I could for thirteen years while she battled with cancer, when she passed away, I was a major train wreck—deep depression, suicidal thoughts, and countless nights of insomnia were just a few of my “symptoms.” A few months later, when a friend suggested I learn Transcendental Meditation, my only hope was that I would be able to get some sleep. I hadn’t read anything about meditation, hadn’t thought about it or even wondered about it, but I was in such a dark place after my mother’s death, one morning, I made the call.

“My ability to focus, stay calm and continuously be present is the gift that keeps on giving. TM was the magic bullet that never stopped working…”

Within days, off I went to a Transcendental Meditation center in Chicago. The home which doubled as a “TM” center had a feeling of calm I couldn’t quite put my finger on—the air seemed lighter, somehow, and the view was all lake. Even upon entering the center’s lobby, I felt a bit calmer. Huh, I thought, these people who work here are super different. They were so chilled and completely filled with love; it was immediately clear to me they were there to help me. My next thought was, I’m here, so I might as well learn how to do this.

I sat down with my teacher and after a short, but beautiful Indian ceremony, I was given my “mantra”—a sound she said my awareness would naturally follow, as it subsided into the depths of silence in my mind. When we both closed our eyes, I began to think the mantra to myself . . . and just like that, I was gone. I dove into a part of my body and mind I never knew existed—boundless, limitless, and totally awesome. Something major had just happened, and soon I was discovering I’d only just glimpsed the tip of the iceberg.

As I got in my car to drive home, I began flying down Lake Shore Drive, immediately noticing how the world seemed so much different to me than it did on my way to the center. The colors all around me were more vivid, the sounds of the birds felt like sweet music to my ears, I seemed to be connected to all of the trees I saw . . . and above all, I felt happy. But, my mind called out to me, Is this really happening?! Do I really feel happy? How? Why? What the hell? 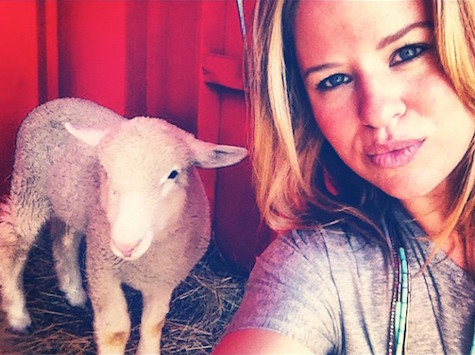 Luckily, the essence of that experience stuck and stayed, and I came to find that it was in fact “real”—that in twenty minutes, my whole life had changed. I woke up and realized everything I thought I knew was wrong. My life was no longer defined by outer circumstances. I was having a direct experience of what I have come to know as my true Self.

It took me a couple of weeks to adjust to this new feeling, but man, it was incredible. Now, looking back, I would say my experience of learning TM was nothing short of miraculous. (In fact, my 13-year-long sleeping problem simply disappeared after my first meditation!)

“I told them what I’d experienced in learning to meditate… That it would make them feel totally limitless and boundless. With that, Oprah turned to Sheri and said, ‘I want what this girl has.’”

The mind-blower was it had only been a short time before starting to meditate that I had been planning to give away my dog, give away all my belongings, and end my life. My relationship with my mom had been so close and so beautiful that after she died, I saw no point in living. I’d continually thought, how can I go on without her? It didn’t seem possible. I’d sobbed and wailed myself to sleep, night after night, desperately praying for a solution to my grief and an end to the deeply dark sadness in my soul. I never could have guessed it would come in the form of something as simple as meditation. You know what they say, though: “Be careful what you wish for, ‘cause you just might get it.” Well, I was about to get “it” and in a big way.

Within weeks, I was working for Oprah Winfrey, helping her staff learn TM. During my first day of work, I walked into Harpo Studios, met up with my TM teacher in an office there, and asked her what I should do. She just said, “Go in the screening room and tell your story.”

When I walked in the room, the only ones present were Miss Winfrey and her right-hand executive, Sheri Salata (now President of the Oprah Winfrey Network and Harpo Studios). Without skipping a beat, I told them what I’d experienced in learning to meditate and explained how TM was going to change their lives. That it would make them feel totally limitless and boundless. With that, Oprah turned to Sheri and said, “I want what this girl has.” 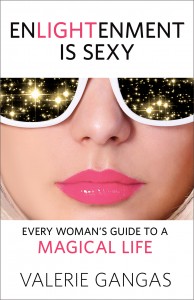 The rest, as they say, is history. From that day on, I never looked back: I’ve written a book (Enlightenment Is Sexy: Every Woman’s Guide to a Magical Life, which I’m in the process of self-publishing), continued working for Oprah and the David Lynch Foundation (talking about TM, freedom, and self-knowledge around the country), and have generally been living an extraordinary life. And in my heart, what’s best is this: knowing a truly sweet future lies ahead of me and the pain of the past is over.

Today I still sit for 20 minutes twice a day and meditate. The benefits have continued to grow, and my inner peace has remained a constant. My ability to focus, stay calm, and continuously be present is the gift that keeps on giving. TM was the magic bullet that never stopped working and for that I say, thank you, thank you, thank you.

Click here to find your local teacher of Transcendental Meditation